Peter is the New Pride of the Lions 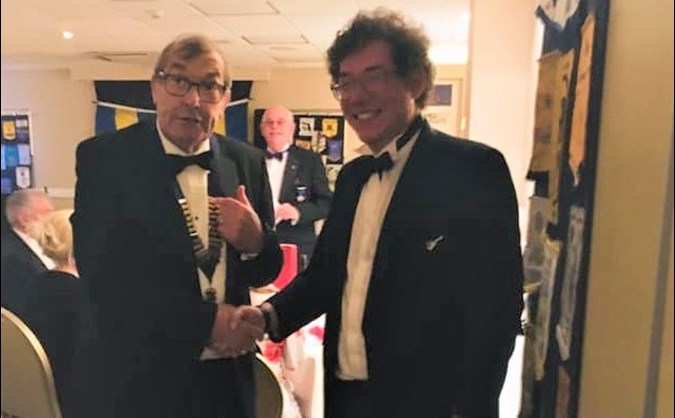 Alex (right), the retiring president, hands over to Peter (left), our new president. 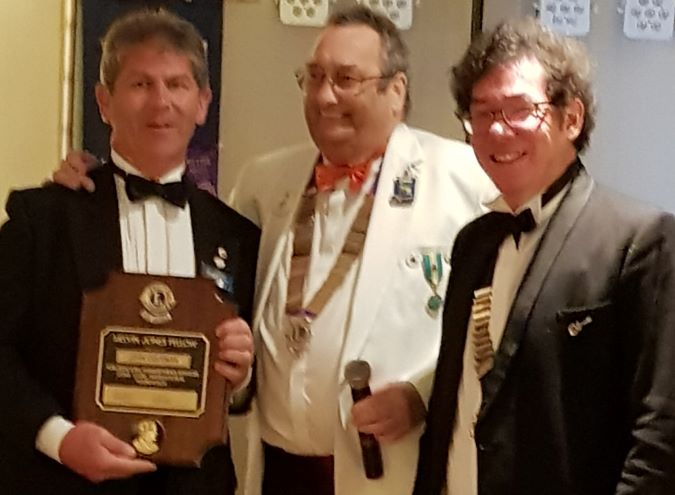 Newbury Lions Club has been elected a new president to steer it through its half century of service. The club was chartered in 1970 and has been supporting people in Newbury, Thatcham and district for 49 years.

Now the chain of office has been passed to Peter Wood, who will steer the club through its 50th year. He said; "It's a great honour to be invested as president of such an active and delicate group of people whose aim is to make life better for those in need in community."

Mr Wood is retired from a career in the catering and hospitality industry and lives in Thatcham with with his wife, Rita.

Earlier in the investiture evening, Newbury Lion John Coleman was presented with a Melvyn Jones Fellowship - the highest award a Lion can get - by Lions district governor Ken Staniforth, who has unfortunately since passed away.

The award was made for Mr Coleman's long and dedicated service to the club. Mr Coleman leads the fireworks group which organises the annual display at Newbury Racecourse. He also built, maintains and tows the Santa sleigh on its many trips during December.

Fancy some fabulous music from Newbury's own Brass Band?
Then come and spend an afternoon at the fete, where you will hear
Watership Brass (The Newbury Town Band)
They will be performing a mixture of good old fashioned brass band music plus modern arrangements of family favourites.
Why not have a cup of tea, a slice of cake, listen and relax!
🦁

What a delicious donation. Thank you!